Just added to your cart

Incubators for Bacteria in Scientific & Lab Use 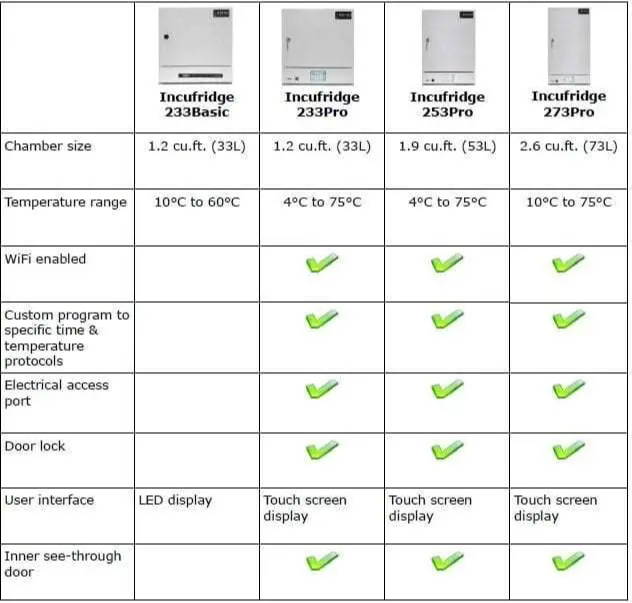 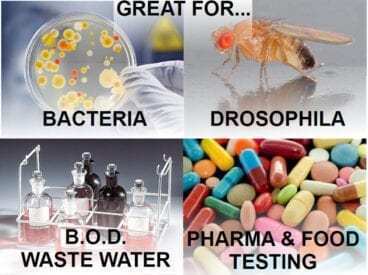 Antibiotics can be tested for efficacy in a myriad of ways. One of the most common is to view inhibition zones on a petri plate. A petri plate (typically 90 or 100 mm) can be inoculated with bacteria. Antibiotic impregnated wafers of different strains are placed on the plate. The plate is incubated at an optimal temperature (usually 37C) inside an incubator, like the Incufridge. As bacteria grows it may refrain from growing near an antibiotic that it is not resistant to. This area of inhibition is called an inhibition zone or zone of inhibition. An inhibition zone can be measured with a caliper, recorded and compared or an automated colony counter, like the IncuCount can automatically measure the inhibition zones, compare and automatically store the data with ease. Aseptic techniques should be employed. Petri plates should be properly disposed of after they are no longer needed, by sterilizing in an autoclave, like the Saniclave 50.

Bacteria growth is usually performed under temperature conditions. Petri plates are filled with with agar, which feeds bacteria that are inoculated on the surface. Under the proper conditions (usually 37 degrees Celsius), the bacteria will consume the agar as food and grow into colonies called colony forming units (CFU’s). The Revolutionary Science Incufridge is a chilling incubator that can be used as a standard bacterial incubator for growing bacterial colonies on petri plates. Counting colonies quantifies the affinity the colonies have for the agar, but also is indicative of the amount of bacteria. Colonies may be counted by hand or by using the Revolutionary Science IncuCount, an automated cell counter. Aseptic techniques should be employed. Petri plates should be properly disposed of after they are no longer needed, by sterilizing in an autoclave, like the Saniclave 50.

Bacterial (prokaryotic) chromosomes are in the form of hoops and circles and are far smaller than eukaryotic chromosomes. By forcing a plasmid (circular strand of foreign DNA) to enter a bacterial cell, the plasmid can merge into the chromosome can be change the DNA. This process is called transformation. Bacterial cells and the plasmid of interest can be stored in a warm environment (most likely at 37C). A solution can be stored in a Revolutionary Science Incufridge and Poly Pro Bath. During this incubation period, the cell walls become porous and allow the plasmid to enter. Solution can then be transferred to a water bath at 42 degrees Celsius. The abrupt change in temperature will “heat shock” the solution. When the cell is exposed to the elevated temperature, the lipid membrane closes and holds in the plasmid, allowing it to insert itself into the chromosome and reprogram it. Bacterial cells can be inoculated on a petri plate, incubated in an incubator, where colony forming units (CFU’s) can be counted either by hand or with an automated colony counter, like the IncuCount. Aseptic techniques should be employed. Petri plates should be properly disposed of after they are no longer needed, by sterilizing in an autoclave, like the Saniclave 50.

Recognize the presence of bacteria through incubation and staining

Some strains of bacteria can be nearly indistinguishable from other strains. Various strains of bacteria may even share indistinguishable growth rates or affinity for the same agar. In order to differentiate, gram staining can be a fast and effective process. Stains of bacteria in question can be inoculated on multiple petri plates or even in separate quadrants of the same plate. The plates are incubated in an incubator, like the Incufridge at an optimal temperature, like 37C or lower. When the growth is determined sufficient, the petri plate is washed with various dyes. The reason this is done is because different bacteria may have a chemical affinity for different stains. If the bacteria absorbs the stain, the bacterial colonies that have an affinity for the state will change color, while the other bacteria that does not have an affinity for the stain remains visibly unchanged. For a closer analysis, the IncuCount, automated colony counter can be used to analyze and count the stained and unstained colonies. Aseptic techniques should be employed. Petri plates should be properly disposed of after they are no longer needed, by sterilizing in an autoclave, like the Saniclave 50.